For the last few days I’ve been walking around in a trance-like state: I found out that I’ve been chosen out of over 100 other applicants to be mentored by fabulous picture book author Vivian Kirkfield!!

In June I wrote about Justin Colón’s PBChat Mentorship programme for unagented and unpublished picture book authors. In total 25 mentorships* were offered by generous picture book authors and author/illustrators, including Tara Lazar, who runs the annual Storystorm event, Jill Esbaum, founder of the popular Picture Book Builders blog, and Vivian Kirkfield, creator of the #50PreciousWords contest, which I took part in back in March with my entry “Dinner, Dinner, on the Wall”.

For a couple of weeks I spent many evenings after the kids were in bed slaving over (I mean, pouring my heart into!) my own application, tailoring it to four different mentors (the maximum number allowed). Then I hit the send button with no idea what to expect.

According to Justin’s statistics, 481 people applied, sending off a total of 1524 applications (and this is the first year the mentorship programme has taken place!)!

On Wednesday the mentorships were revealed one by one over the course of an hour. After having no luck with three of my choices, I was ready to tweet congratulations to the winners and order a big cup of tea and slice of cake to console myself (I was sitting in a café). Finally, Vivian Kirkfield’s mentee was announced: staring back at me was my own name!! It took an enormous amount of effort not to burst into tears right then and there in public :-D.

I’ve since been in touch with Vivian via email and experienced first hand how helpful, enthusiastic, kind and all-round amazing she is – I’m so excited that I’ll have the chance to spend the next few months working closely with her, polishing my stories, improving my craft, and learning all about the publishing world! Vivian has also expressed the wish to remain in touch beyond the designated three months and to form a lasting friendship – something I couldn’t possibly be happier about!!

I’d like to congratulate all of the other applicants who were awarded mentorships, the many more who received donated critiques and everyone who put themselves out there simply by applying – filling out the mammoth application form was a huge achievement in itself (thanks for that, Justin!! :-D). But seriously though, a trillion thanks to Justin Colón for organising this fantastic opportunity, to all of the mentors for donating their valuable time and to Vivian for taking a chance on me – I’ll do my very best to make you proud!

Vivian Kirkfield in her own words (shamelessly copied from her website):

I blog about all things picture book. Reviews of classic stories and current ones. Interviews with authors and illustrators. Plus posts on the craft of writing and the journey to become a published author. I host the #50PreciousWords Contest every March and the #50PreciousWordsforKids International Writing Challenge in May.

My writing motto: Magic Happens When You Make Every Word Count.

And my life mantras:

Check out Vivian’s beautiful picture books, which were released this year:

And she has another two books coming out in 2020:

Have a great weekend! 🙂

*The actual number of mentorships was higher because several mentors kindly (crazily?!) agreed to take on two or even three mentees!!

My Tweets
Join 3,898 other followers 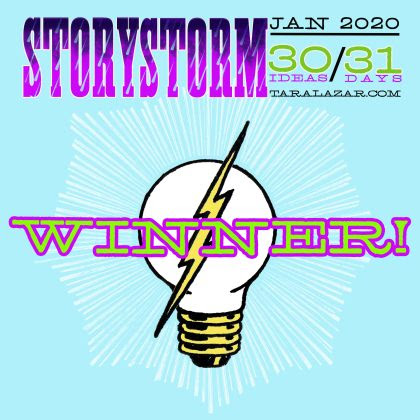